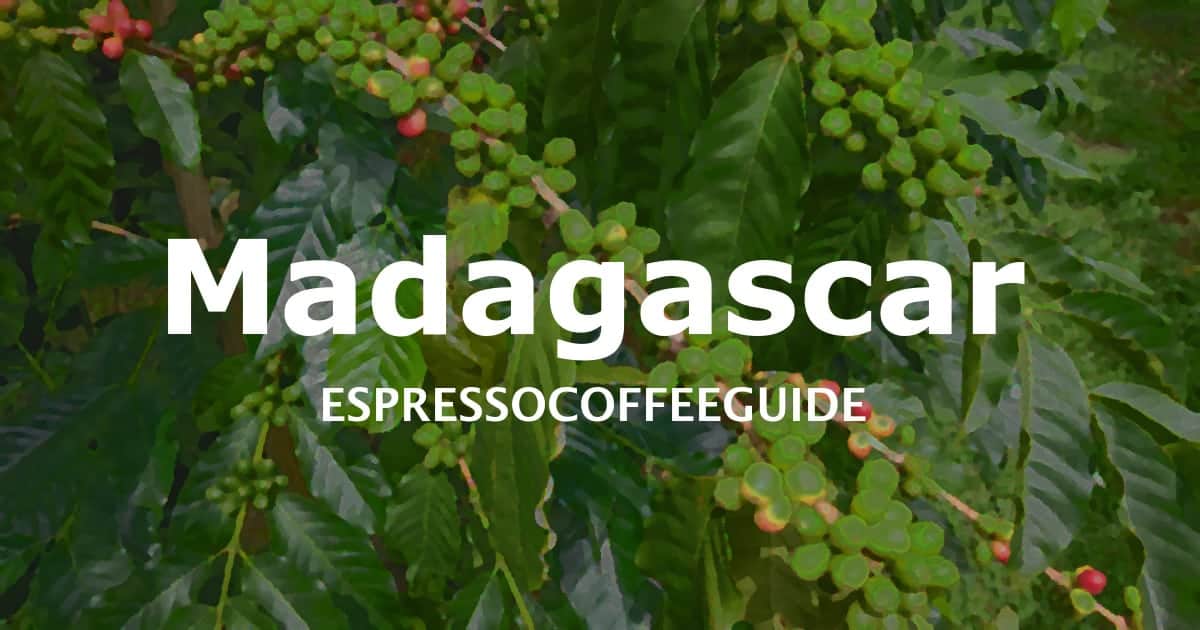 The coffee grown in Madagascar is primarily the lower grade Robusta coffee beans although there is an increasing amount of higher grade Arabica coffee now being cultivated in the country. Currently about 90% of Madagascar coffee production is Arabica.

The Republic of Madagascar is located off the southern coast of Africa in the Indian Ocean and is the fourth largest island in the world. Madagascar has a diversity of ecosystems from rainforest to desert. Slash-and-burn practices have denuded about ninety-five percent of the country's original forest cover.

The people of Madagascar - the Malagache - also consume a great deal of coffee totaling about forty percent of the country's production. The coffee exports of Madagascar are considered to be a high quality Robusta and most is exported to France.

Madagascar's success with other high-value crops such as vanilla has created optimism that Arabica coffee cultivation will increase in the future eventually entering Madagascar into the specialty coffee market and creating significant revenue for the country.

USAID has worked to regenerate Madagascar's coffee industry in poor areas by helping Arabica coffee farmers succeed. The effort has included new processing and training centers for farmers providing new techniques for everything from cultivation to roasting and emphasizes sustainable farming methods.

Thank You for Visiting Espresso Coffee Guide and Reading About Madagascar Coffee! Savor Your Coffee and Espresso!

Data may not be available for the most recent year.
Source: ICO
FacebookTweetPinShares2