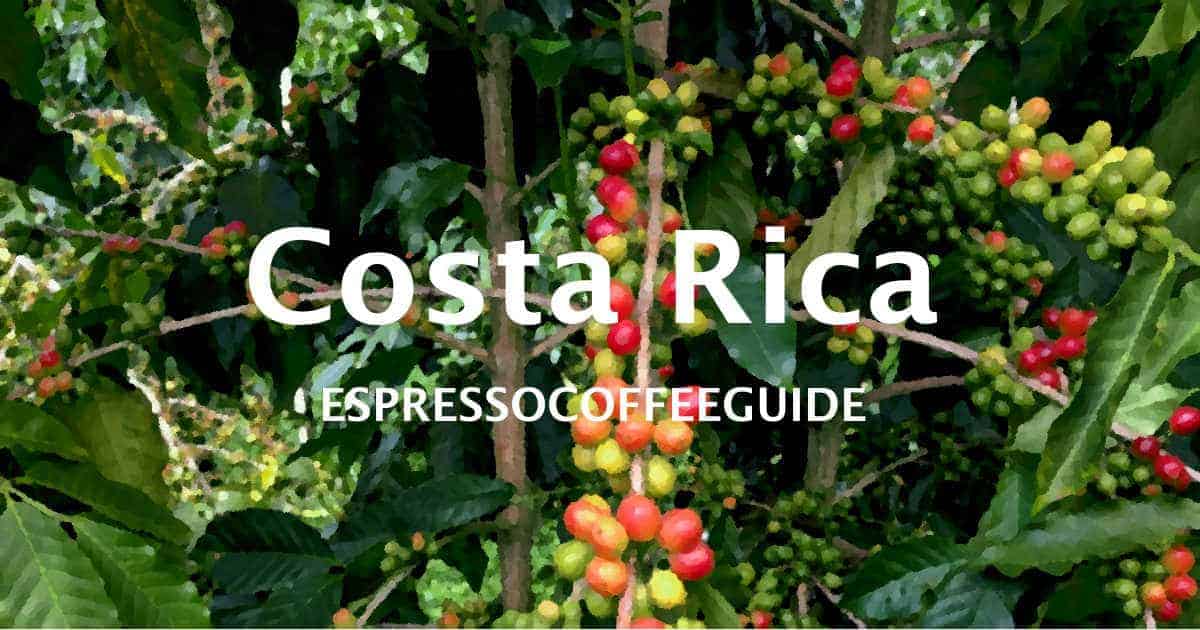 In particular the best high-grown coffees of Costa Rica are distinguished, and notable for their good body and fruity and bright acidity with a clean and crisp taste.

Costa Rican coffees are generally believe to have some of the best coffee flavor profiles in south/central America, with high grown altitudes and a pleasant acidity, leading to great coffee reviews. The reputation has also resulted it being introduced to Starbucks under their "reserve" program. Its defining tasting notes include a brown-sugary sweetness, citrusy notes and apricot-like fruity flavors.

When buying Costa Rican coffees for home use, we recommend getting whole bean, fresh roasted coffees direct from coffee roasters. Buying a branded product that sat on a shelf for weeks or months at a grocery store or in Amazon's warehouses will be relatively bland and stale, not allowing you to experience the full flavors of these premium coffees.

Note: "Villa Rica" is a coffee organization from Peru, not Costa Rica.

The Tarrazu region produces some of the best Costa Rican coffee around on a consistent basis. The capital of San Marcos is around 1,350 meters above sea level but the surrounding mountains go up to 1,700 meters, allowing for very high altitudes and the development of the very best coffees. The Tarrazu region is located in the country's interior mountains, with a minimum altitude of 1,200 meters, and the best coffees from this area is known to be relatively heavy-bodied, exhibiting a complex aroma. Nearly all Tarrazu coffees are Strictly High Grown.

One of Costa Rica's best coffee's is Costa Rica Monte Crisol, grown in the country's West Central Valley. Monte Crisol coffee is known for its sweetness, silky body, and fruity brightness. The brewed coffee also exhibits topnotes of blueberry and has a buttery finish.

Alajuela is located towards the Northern-Central region of Costa Rica, and is known for its steep slopes with altitudes ranging from 100 to 2,600 meters. The majority of the coffee is grown and harvested from 1,200 to 1,600 meters and known for its apple and apricot flavor. Caturra and Catuai are the primary varietals.

The Cartago region is nearly dead-center of Costa Rica in the valle Del Guarco. The Cartago region grows coffee primarily between 1,200 and 1,650 meters and tasting notes indicate it has great spice and nutty flavor. Caturra and Catuai are the primary varietals.

Coffees from Costa Rica's Heredia and Alajuela regions are known for their full body and rich, robust flavor and acidity. Tres Rios is near the coast of the Pacific Ocean and is known to produce bright coffees with a sweet, mild flavor. These regions range from 1,200 to 1,650 meters in alitude.

Costa Rica's Villa Sarchi varietal is derived from the Caturra varietal and the Bourbon varietal.

Another coffee plant varietal grown in Costa Rica is known as Sarchimor and is a hybrid between the Timor varietal and the Costa Rican Villa Sarchi varietal (Coffea arabica var. villa sarchi).

Due to traits inherited from the Timor varietal (which is itself a hybrid of Coffea canephora var. robusta and Coffea arabica), Sarchimor has a significant resistance to the coffee disease coffee leaf rust as well as the stem borer. The Sarchimor varietal grows in India as well as Costa Rica.

The green coffee grading system of Costa Rica coffees is altitude based, and grades by hardness, which is affected by altitude. More precisely, it is affected by how long the coffee cherry (fruit) takes to mature on the coffee plant. In general, higher regions producing denser, and thus harder coffee beans, which are considered better. Local brokers and distributors in the region work with green coffee importers to bring unroasted coffees into the United States and Canada. It's then sold in 132-lb bulk coffee bags to large scale coffee roasters.

The best Costa Rican coffee tends to be those that are found at higher altitudes, the strictly high grown.

A potential new export from Costa Rica is the dried coffee cherry itself - known as cascara - which is a potential export alongside the coffee beans themselves that can help boost revenues for farmers. The coffee cherries are typically discarded (sometimes used for fertilizer) but is actually a highly nutritious product that can be made into things like cascara lattes and coffee flour.

The IWCA (International Women's Coffee Alliance) has a chapter in Costa Rica known as the WCACR (Women in Coffee Alliance of Costa Rica). Started in 2005, it now has 17 company-members from 7 regions that include roasters, exporters, millers and growers.

A common misconception about "Women's Coffee" is that it strictly supports women. This is infact untrue - while a premium is paid directly to women, the entire family is involved in most operations including the husband. The nature of the women's coffee movement is to ensure women are given access to money generated from the work they do on their farms, which is more frequently spent on household necessities for the family, than would otherwise be spent if paid directly to the men.

Coffee from Costa Rica may be available as certified Bird Friendly, which has additional requirements for farms to have a certain coverage and variety of taller trees in which birds can nest. A lack of taller trees to shade coffee means that birds are left without safe nesting grounds, and biodiversity is impacted.

Wholesale coffee operations with a pure focus tend to clear larger trees, whose shade slows the growth of coffee beans and reduces output of the coffee plants. This slower growth means that coffee develops less flavor and a lower quality coffee, but the higher yields means more money. Bird Friendly coffees can be argued to be generally higher quality coffee than non-shade-grown coffees, but this is not an absolute rule.

With a large tourist industry and long-establish coffee exporting business, there are a number of coffee plantation tours available in Costa Rica.

These are fairly touristy activities and typically well-oiled tours that show the better side of coffee farming and go in-depth into the history of whatever organization is running the tour, but are often well worth it as the hands-on nature of seeing how the supply-side of the coffee industry works can't be had by simply watching YouTube videos.

The majority of brands you'll find selling a Costa Rican coffee will be locally based - out of North America or Europe or Australia.

Brands specific to the country (Costa Rica) itself are sometimes exported but due to the importing process and supply chain involved with grocery stores and distribution facilities, are never fresh due to the weeks or months it takes roasted coffee end up on shelves.

That's why it's always better to buy from a company that imports green beans and roasts it locally.

Most large brands like Starbucks (through the Reserve program) will sell Costa Rican coffees as a single origin rather than a blend, offering a pure tasting experience. Their bright, citrusy flavors make them popular in many branded blends though, even though the blend may not specifically mention it. While these beans are technically pre-roasted and sitting on "store shelves", the high volume in the stores and efficient supply chain means they get a pass.

Cafe Britt was founded in Costa Rica over 30 years ago and carries a large number of coffees originating from all over the country. It's worth checking out with arguably one of the most diverse lineups including coffees from heredia, San Jose, Alajuela, Cartago, Punetarenas, Guanacaste, Limon, Tarrazu and Tres Rios - letting you try all the nuances this tropical country offers.

Costa Coffee is not a coffee company based out of Costa Rica at all - they're a chain of cafes that originated in the U.K. and are now found world-wide. Their cafes are found prominently in airports, offering a wide selection of food and their own Costa coffees. They've also launched single serving pods compatible with the Tassimo brewers.