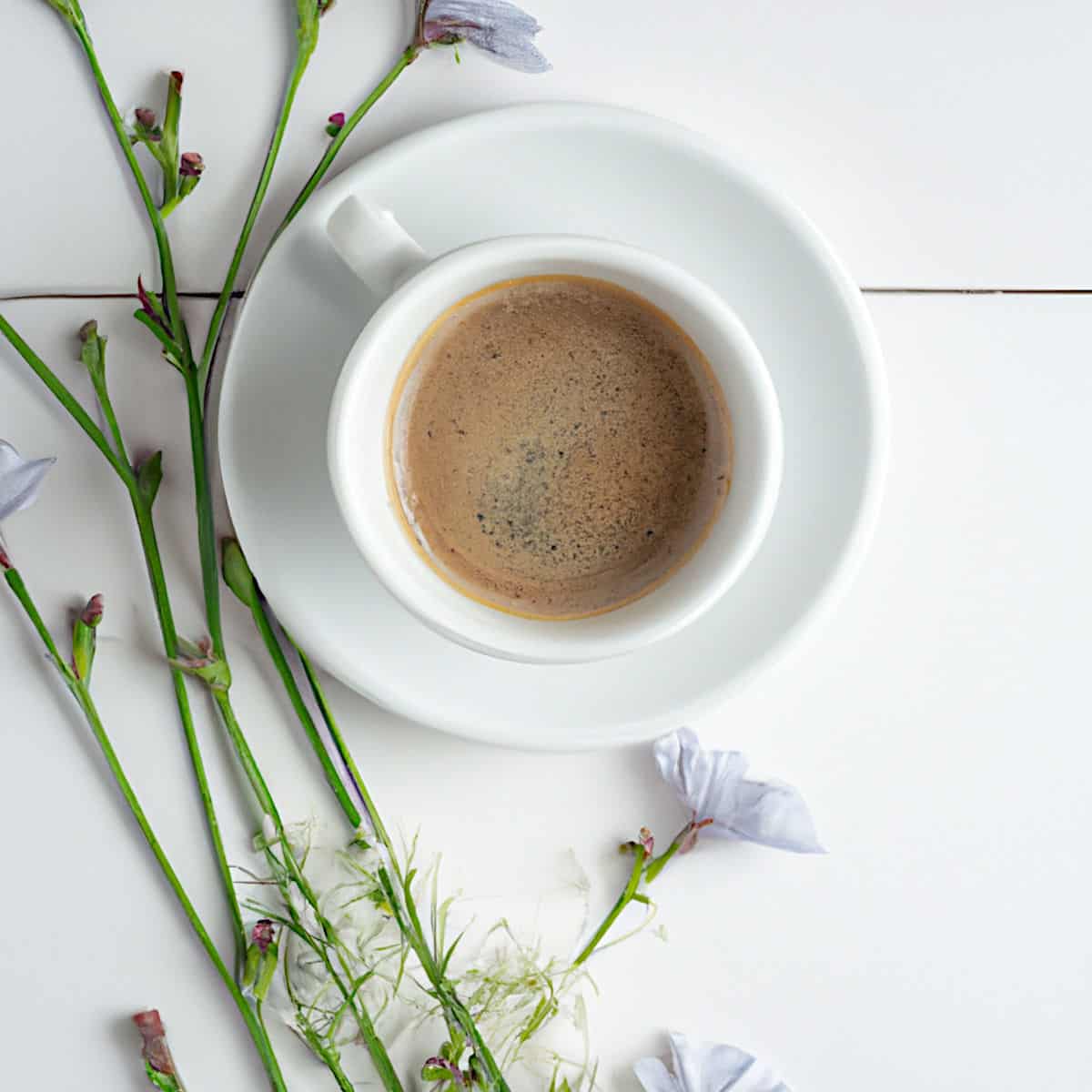 Chicory is also used in many Vietnamese coffee blends as well. Chicory is still used in "New Orleans" or "Louisiana" blends.

It’s also worth noting that chicory dissolves much better than regular coffee grounds and that gram-for-gram, you’ll get many more solids in your brew with chicory. Because of this, you’ll want to substitute only about 25% of the total coffee weight with Chicory.

Chicory coffee is naturally caffeine-free, though blends of "chicory coffee" that are comprised only partially of chicory will contain caffeine because of the coffee.

It's possibly to create your own blend of decaf coffee and chicory, which will still contain caffeine but in smaller amount (5-15 mg/cup).

How much caffeine is in decaf coffee beans?

Today several commercial chicory blend coffee is available with various ratios of coffee to chicory. Chicory is also available by itself in many grocery stores.

I recommend going with the method of buying your chicory and mixing it with fresh roasted coffee; by default any coffee you buy pre-ground and premixed will be stale when you get it. As a starting point for adding your own chicory concentrations in commercial blends vary from 10-30%.

As a flavoring, chicory has a tendency to mellow bitter coffee. Chicory coffee is known to be less acidic than regular coffee, and easier on the stomach. People have reported that adding chicory to a regular coffee makes it physically tolerable when it wouldn’t otherwise be, and it tastes great with milk and sugar.

There have been reports that chicory may actually aid in gut health – promoting the growth of good bacteria in the intestines.