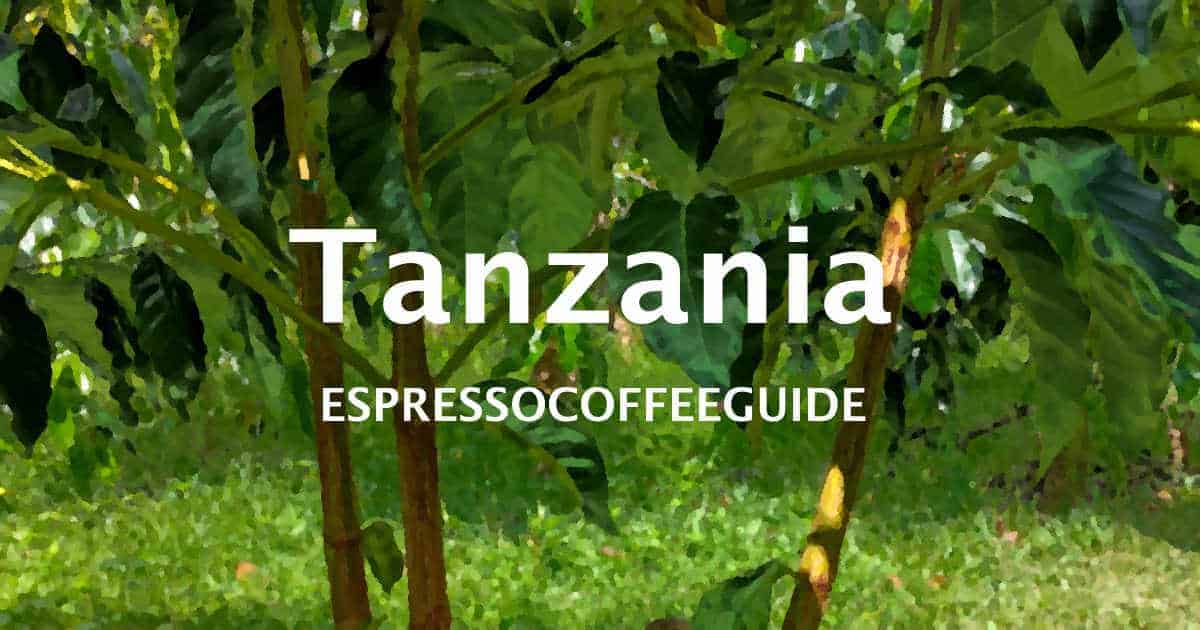 Somewhat similar to Kenya coffee, Tanzania coffee reviews also exhibits a bright and vibrant, wine-y acidity, sometimes even sharp, and with a deep, rich, and strong taste. Typically with a medium to full body that is intense and creamy, a fine Tanzania coffee has tasting notes of a sweet berry-like, fruity flavor and sometimes notes of cedar.

The aroma of a Tanzania coffee may exhibit a rustic note and sometimes a brown bread sweetness. The aftertaste lingers with a slight suggestion of East African wildness.

The acidity levels of Tanzania coffee are slightly muted compared to Kenyan coffee, are also less consistent with a milder body. Although the fruit and acidity are more understated they still shine brightly. Ground, dry Tanzania coffee may present a sweet molasses fragrance that is slightly floral with notes of apple fruit.

When Tanzania coffee is given a City Roast it accentuates the herbal-floral scent while a darker roast brings out the berry fruit flavor and a black pepper spice accent in the finish.

Tanzania's major coffee growing regions include Arusha (Meru), the Moshi district (on the slopes of Kilimanjaro), Oldeani (in the Arusha region), and Pare, the high plateau between Lake Taganyika and Lake Nyassa as well as Songea, the capital of the Ruvuma region of southeastern Tanzania where the Ruvuma River forms most of the southern boundary with Mozambique.

Coffees that come from southern Tanzania tend to benefit from better drying conditions as well as better access to transportation which is a big advantage since a lot of the criticism of defective Tanzanian coffee batches comes from being “steamed” in the shipping containers in transit. Also see Tanzania Peaberry Coffee; Tanzania Kilimanjaro Coffee.

Three of the most distinctive coffees of Tanzania are Moshi, Arusha, and Kilimanjaro, all grown on the hills of Mt. Kilimanjaro near the Tanzania's border with Kenya. Tanzania's high elevation qualifies almost all of its coffee as Strictly High Grown (SHG).

Also respected, but grown in smaller quantities, are Mbeya (the name of a principal town) and Pare (a market name) grown further south between Lake Nyasa and Lake Tanganyika in southern Tanzania.

Tanzanian Arusha is a market name for the Arusha varietal coffee plant grown on the hills of Mt. Meru as well as Mt. Kilimanjaro. The Arusha varietal is an Arabica coffee varietals that is either a Typica or French Mission variety.

It is estimated that about 400,000 farming families obtain revenue from coffee, and the crop comprises about 20 percent of Tanzania's export earnings. Similar to other regions in the world, some percentage of harvested coffee beans are peaberry, which contain a single bean per coffee fruit rather than the typical 2, and are separated to be sold as premium quality.

A single bean is able to develop flavours more fully, being given the nutrients of two beans instead of one, and the more uniform size allows for better flavor development during roasting.

When used in blends however, peaberries should be done separately and then blended with the other coffees - this is because the differences in sizes will cause the coffees to develop at different rates and can result in over and under roasting coffee.

Tanzania is the third largest coffee producer in Africa and produces about one percent of the world's Arabica coffee. It qualifies as Strictly High Grown (SHG) / Strictly Hard Bean (SHB) arabica, which requires higher elevation growing areas (e.g., 1,400 to 2,000 meters above sea level) than Robusta coffee. The majority of Tanzanian green coffee beans are exported by brokers and sold to wholesalers and distributors in other countries by green coffee importers.

Most of Tanzania's Arabica coffee is grown in the Kilimanjaro region as well as in the Southern Highlands. Some consistently highly-rated Tanzania coffees include Ruvuma as well as the Blackburn Estate of Ngorogoro. It's unusual to find Organic "Tanzanian" beans, but Organic Kilimanjaro can sometimes be sourced.

Tanzania produces some of the most unique coffees in the world - very highly regarded, but unlike other premium coffees that you'd never take into a dark roast, Tanzanias beans work extremely well into darker roasts. We always recommend buying whole beans, that are fresh roasted to order rather than sitting on the shelves of retail stores or warehouses such as brands sold on Amazon.

Coffee is a fresh product that loses flavor quickly after being roasted, and the weeks or months that they sit in warehouses, on trucks and shelves means that much of the original flavors are lost, resulting in a bland, flat coffee. This is particularly important with darker roasts that have high levels of surface oils, which can spoil much quicker than lighter roasts. Most companies will sell just a couple pounds direct to consumers, but bulk can also be found with the option to select your own roast.

While the Tanzania harvesting season is July through February, the time to market can be anywhere from weeks to months. By the time it lands in roasting facilities, the exact growing times don't matter as much as the experience of the roaster.


Data may not be available for the most recent year.
Source: ICO