What is a Turkish Coffee?

The term Turkish coffee refers not to coffee from Turkey (the country does not grow coffee) but instead to a coffee preparation method.

To prepare traditional Turkish coffee the first step is to finely grind roasted coffee beans and boil them in a pot (known as a cezve). Added sugar is optional. This coffee is then served in a cup and the dregs are allowed to settle.

Coffee prepared Turkish coffee style is very common throughout many areas including the Balkans, Caucasus, Middle East and North Africa. This was also the primary coffee preparation method used in the Ottoman world of ancient times when coffee first took hold among a major populace.

The Turkish term for breakfast is kahvalti which means "before coffee." Today traditionally prepared Turkish coffee is served by modern coffee chains in Turkey including Gloria Jean's Coffees and Starbucks. 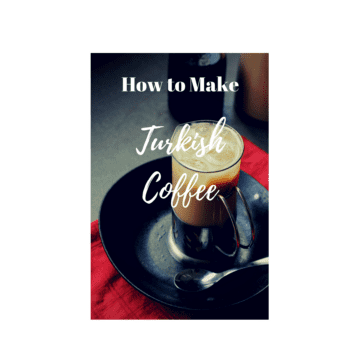 EspressoCoffeeGuide.com
Turkish coffees are some of the most flavorful coffees you can drink, with an extra fine coffee grind that doesn't get filtered out during brewing, and additional spices.
5 from 1 vote
Prevent your screen from going dark

A typical Turkish Coffee Recipe calls for a mild sweetness - about 1 teaspoon per serving Turkish coffee should be served with a glass of cold water, and optionally, a turkish delight
Print Recipe Pin Recipe
Tried this recipe?Let us know how it was!

Turkish coffee is also important culturally in that it is used in matrimonial customs. The family of the groom is expected to visit the family of the bride and ask them to bless the impending matrimony.

Turkish coffee is expected to be served during this event and salt is to be used in the coffee of the groom rather than sugar in an effort to gain an understanding of his character which is best revealed if the groom does not reveal any displeasure when consuming the coffee. This reveals that the groom will be a patient and well-tempered man.

Throughout the Middle East the word kahve (coffee) was used to refer to Turkish coffee, but after the introduction of instant coffee in the 1980s the term used for traditional Turkish coffee came to be Turk kahvesi (Turkish coffee).

Throughout the Arab world Turkish coffee is often referred to as Arabic coffee or Shami coffee (Syrian coffee).

In Bosnia there is a slight variation in the preparation of Turkish coffee in that a small amount of the boiling water that is prepared is set aside and saved in a separate cup. After the coffee grounds are added to the cezve (pot) then the saved water is added to the pot and it is put back on the heat to boil again, and this technique is said to produce a unique and distinctive taste.

In Hebrew Turkish coffee is known as Kafe Turki which translates to Turkish coffee, while in Romania it may be referred to as cafea caimac, cafea turceasca, or cafea la ibric (ibric is the name of the pot).

A boiling pot known is the typical preparation vessel for Turkish coffee, and the traditional pots are made of copper and have a wooden handle. This small pot for boiling water has a narrow top and is referred to as the cezve, briki, xhezve or kanaka. Also needed is a heating apparatus as well as a small spoon which is used to measure the amounts of coffee and sugar as well as for stirring.

In addition to the ground coffee, other ingredients may include sugar and cardamom. The vessel that the Turkish coffee is served in may be called a fincan, flidzani, filxhan or fildzan. The traditional cup for Turkish coffee does not have a handle though many modern cups do have a handle.

With the traditional, handle-less cups, the drinker of the Turkish coffee may handle the small cup with a small metal container that does have a handle, and which is known as a zarf.

Ideally the pot is close to the size of the amount of Turkish coffee being made. Too large of a pot for the amount being prepared results in a slightly poorer quality due to foams of the coffee sticking to the inside of the pot.

When preparing traditional Turkish coffee do not bring the mixture to a boil to quickly as the coffee will not have enough time to properly extract flavors.

A gentle heat transfer is preferable, and the traditional heat sources are fire embers, or a four-inch deep, sand-filled tray set on a burner. The coffee pot is placed onto the hot sand which provides a more gradual heating which is preferred.

The coffee beans must be ground very fine to be properly used for Turkish coffee. Typically either a burr mill is used or the beans are pounded directly using a mortar, which is the traditional method.

Since coffee beans lose flavor rapidly after grinding, it is preferable to grind the coffee beans just before brewing. The coffee should not be cooked too long because it will cause an unpleasant taste. About one to two teaspoons of ground coffee are used for each cup of Turkish coffee.

Grading the Sweetness of Turkish Coffee

No stirring is done once the Turkish coffee comes to a boil as this would dissolve the foam and interrupt the fine flavors, and the thickest layer of foam possible displays the art of the coffee maker. This is assisted by pouring the coffee from higher and higher as it is poured.

Often a glass of cold water is also served with the Turkish coffee which allows the drinker to freshen his or her mouth and better appreciate the tastes of the coffee.

The Turkish coffee is often served with Turkish Delight which is also known as lokum and is comprised of a variety of confections using sugar and starch.

Grains of pistachio may also be added to the coffee, particularly in southeastern Turkey and the Mediterranean. The drinker of the Turkish coffee will typically consume all of the beverage except the sludge at the bottom of the cup.

The grounds that remain in the cup after drinking traditional Turkish coffee may be used in the art of tasseography, or fortune-telling. The way this is done is to first turn the cup upside down on a saucer, and then read the patterns in the grounds to tell the fortune. 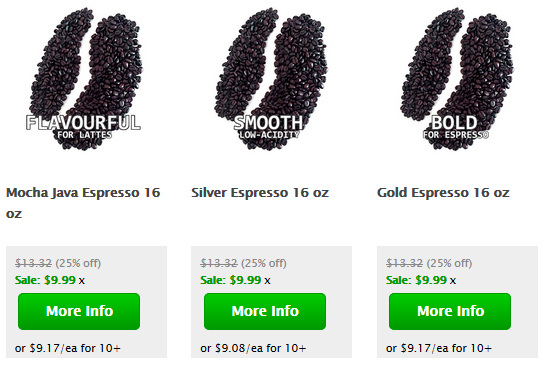