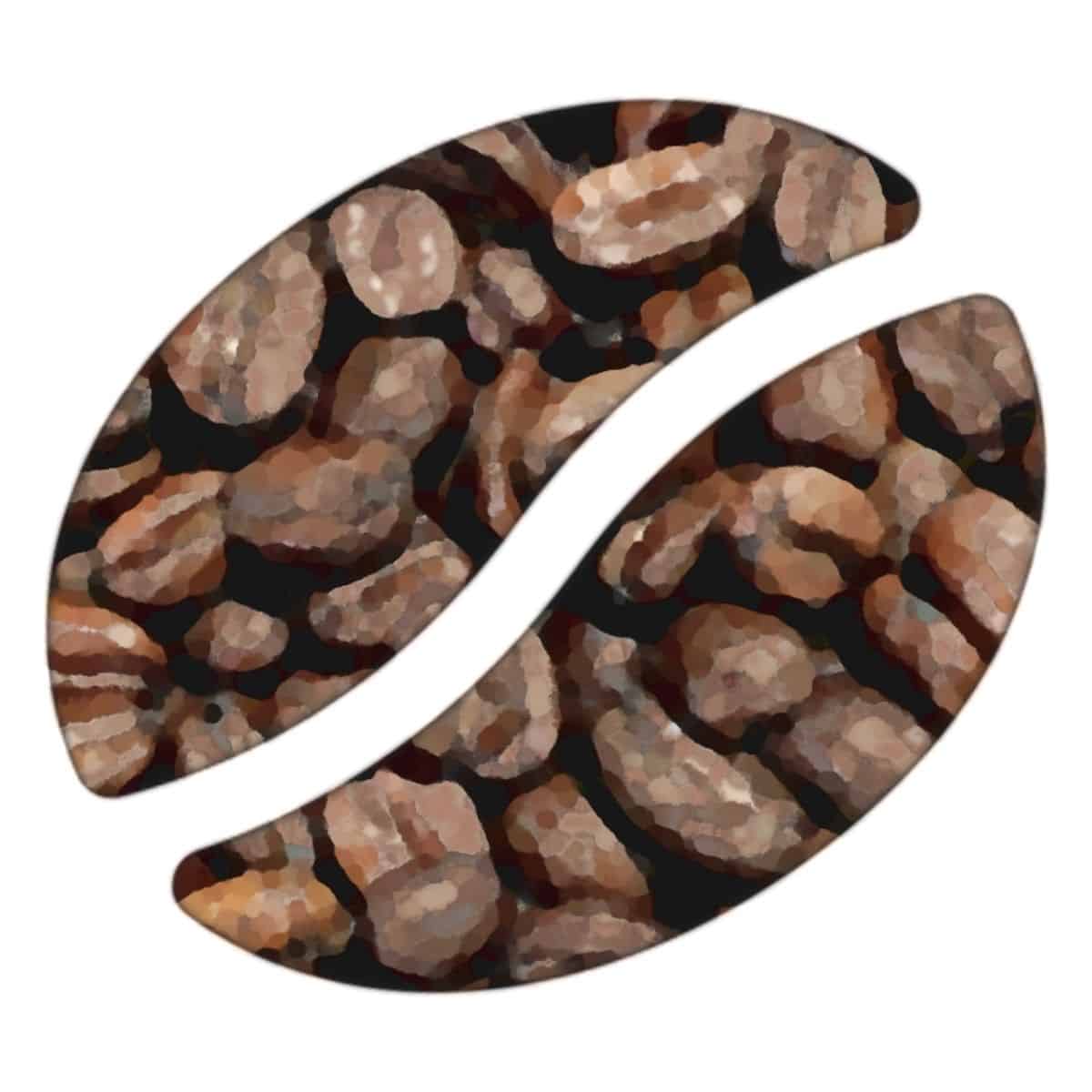 The world had become a different place since that very first Starbucks opened in Seattle's Pike Place Market in 1971. When the writer and two teachers go together and created Starbucks Coffee, Tea and Spices they surely had no idea they would be creating an empire and changing the face of the world.

It took a while to catch on, but by 1982 they were supplying coffee to restaurants and then in 1996 they opened the first international Starbucks in Japan.

Starbucks reserve program has them offering premium single-origin coffees in their own stores, as well as for sale. While not available in every store or every country, the program appears to be expanding. Past offerings have included:

Depending on how crops perform from year-to-year, some of these are available only for a limited time, while others (such as the El Penol) are regulars in the program.

Starbucks Does Not Participate in Political or Religious Causes

Starbucks is the largest coffee chain in the world and served an estimated 60 million people in 2010 and total revenue taken in by the company was about eleven billion dollars.

Starbucks has stores in more than 55 countries, with more than seventeen thousand stores overall. About eleven thousand of these Starbucks stores are in North America.

Starbucks' Mission Statement proclaims a goal of nurturing and inspiring the human spirit, and this is to be done “one person, one cup and one neighborhood at a time.” The company has about one hundred and sixty-thousand employees, though the preferred term is “partners.”

Starbucks also sells an increasing number of products in grocery stores, supermarkets and other retail outlets, including their popular ice cream. For example, the Starbucks Via instant coffee product is sold in more than thirty thousand locations outside of Starbucks cafes.

The Via instant coffee product line has been a great success for the company, generating about $200 million annually. Starbucks has announced that it will use the technology that it used to create Via to produce new products in the future.

As much as they continue to expand their product line and add locations around the world, Starbucks is still known for all of its gourmet coffee beverages including fine espresso coffee drinks like mochas and caffe lattes as well as cappuccinos and a whole variety of other traditional coffee beverages as well as some with a new twist.

Starbucks also sells a variety of fruit juices, bottled water, and an assortment of food items. Also on the shelves of Starbucks cafes is coffee brewing equipment.

How Did Starbucks Get Its Name?

The name of the Starbucks company came from the first mate of Captain Ahab in the book Moby Dick written by Herman Melville. In the story this first mate drinks coffee.

In March, 2011, Starbucks had its fortieth birthday. As part of the celebration the company changed the design of its logo.

Also introduced were a variety of new products including an array of micro-sized baked products known as Petites (including whoopee pies, miniature cupcakes and cake pops), a new cocoa cappuccino, and a new Starbucks logo as well as a new premium coffee blend called Tribute which is available in both the whole bean form and as an instant coffee

In 2010 Starbucks announced that they would be partnering with Green Mountain Coffee Roasters to enter the single cup coffee market and sell single serve brewing machines as well as Coffee K-Cups with their signature Starbucks specialty coffee (Arabica coffee).

In addition to entering the single serve market, Starbucks has said it will expand the number of products it sells in supermarkets and other outlets including Target and Walmart. Starbucks also provides Starbucks coffe through the Seattle's Best brand as well as providing coffee to Burger King and Subway restaurants.

The words Starbucks Coffee have been eliminated from the new Starbucks logo, the latest iteration of an evolving design that now is geared toward a global audience and for a variety of products beyond coffee.

The next decade also saw a few more refinements in the evolving Starbucks logo. The logo design originally came from a Norse woodcut that was made in the sixteenth century and pays homage to the ancient coffee traders who sailed the seas carrying the prized beans in the wooden hulls of the ships. See World's Best History of Coffee.

Last year Starbucks began offering free Wi-Fi in all of Starbucks cafes to the delight of the laptop crowd and furthering the store's wide appeal as a place for business meetings and getting work done.

Starbucks has also introduced e-Gifting on Facebook as well as mobile payment apps that quicken the service time for customers. With an increasing presence on social and digital media, Starbucks is definitely computer savvy and computer friendly. In fact they have a whole Entertainment division that sells books, films and music.

Over time Starbucks stock has fluctuated up and down but in the last few years it has increased markedly. The stock was first offered to the public in 1992 as part of an Initial Public Offering. The Starbucks stock was listed on the NASDAQ stock exchange.

After hitting a low of seven dollars in 2008 the Starbucks stock surged nearly five hundred percent including an increase of forty-five percent in 2010.

The Starbucks company saw an increase in profits of 44% in the fiscal quarter that finished on the second of January in 2011, as compared to that same quarter one year earlier.

This exceptional fiscal quarter exceeded the forecasted estimates of Wall Street by thirty-nine cents by earning 45 cents per share and taking in total profits of $346.6 million.

The Starbucks company has been enjoying a run of profitable fiscals. Total growth of Starbucks in 2011 was estimated to be 16% and this is expected to be followed by an approximately 18% growth in 2012.

Starbucks trimmed its operations during the economic downturn and closed 900 stores. New stores were only opened in markets that were not yet saturated and which showed good potential, even as underperforming stores were shuttered. The long term result would be a significant rise in Starbucks stock that appears to be continuing today.

Today the company's prospects remain strong as they expand into new markets with new, well-tested products and a leaner operation overall - that's the down-low on Starbucks gossip, the company is getting stronger by leaps and bounds!

In all more than seven million people hold shares of Starbucks stock and it continues to attract investors who like the company's future prospects as it continues to expand worldwide, including in the huge and largely untapped emerging markets of China and India.

In 1983 Starbucks CEO Howard Schultz was working as the director of retail operations when he was very impressed by the espresso bars he saw on a trip to Milan, Italy. Schultz returned to Seattle and began testing the idea and this was the beginning of Starbucks' rapid expansion.

Among the many worldwide plans Starbucks has for expanding in emerging economies and unsaturated markets is 1,000 new stores in China where demand for coffee is growing at an estimated twenty percent per year and Starbucks already has about seventy percent market share. China tripled sales in China from 2005 to 2009, and 2012 may be a banner year.

Starbucks is also about to begin opening stores in the huge emerging market of India. The world's emerging markets have growing middle classes with an increasing amount of disposable income for “affordable luxuries” such as gourmet coffee beans, and these countries are now seriously competing with the United States and Europe for the best coffee beans, driving up Arabica coffee prices.

The steeply rising cost of green coffee beans (unroasted coffee beans) on the world market has caused Starbucks to raise prices in recent months, including a twelve percent price increase on Starbucks packaged coffee sold in supermarkets as well as in their cafes.

Starbucks has already bought all of the coffee beans it needs for the rest of 2011 and part of 2012, but the continually rising commodity costs have been cutting into the company's margins.

One reason that Starbucks will have to pay more for coffee beans in the future is the rapidly increasing demand for coffee in emerging economies such as Brazil, India, China and Latin America, and these countries increasingly want the fine Arabica coffee which is used by Starbucks and Peet's and other top coffee chains exclusively (no lower grade Robusta coffees), and also for making the popular espresso-based coffee drinks like Lattes and Cappuccinos.

Global increases in Arabica coffee prices as well as for the lower grade Robusta have caused all the top coffee chains and countless coffee shops around the country to raise the price of their coffee drinks. In the last year numerous price increases have been enacted, with several companies raising prices numerous times.

The higher coffee prices haven't seemed to deter consumers who like their gourmet coffee more than ever and are willing to pay a bit more for it, even in a down economy, which means that the demand has not eased and this keeps upward pressure on prices. A rebounding economy could drive up demand for Starbucks coffe even faster.

On the supply side many coffee growing countries have been experiencing inclement weather that has hurt coffee production and also exacerbated problems with coffee disease and pests. Brazil, Colombia, Vietnam and Central America have all had decreases in coffee harvests due to bad weather.

Thank You So Much for Visiting Espresso Coffee Guide and Reading Starbucks Stock - Starbucks Coffe - From Starbux, Starbuck to Starbucks History and Gossip! Make Sure to Take the Time to Enjoy Your Gourmet Coffee and Fine Espresso!